Opinion: Which Super Eagles players should start against Benin Republic?

by Ademetan Abayomi
in African Football
0 0
0

With Nigeria facing Benin Republic in less than eight weeks most Super Eagles fans are wondering who will start against the Squirrels. 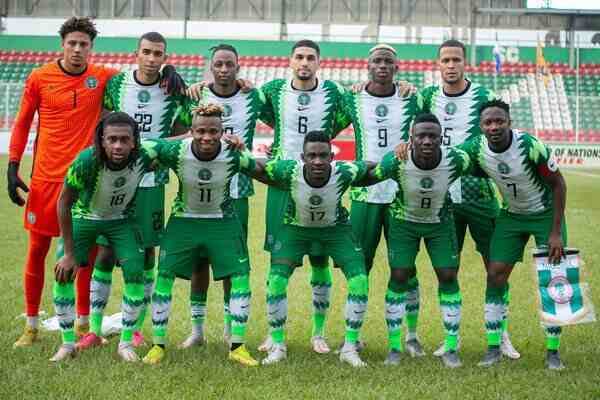 The Super Eagles have picked up eight points so far in the 2022 African Cup of Nations qualification campaign.

Eagles next face second placed Benin Republic in March 2021 at the Stade Charles de Gaulle with all to play for as one point separate both sides.

Bearing in mind that the Super Eagles have conceded seven goals in four games so far, this will be the starting eleven if I am the coach of the Nigerian national team.

Okoye has established himself as one the best Nigerian goalkeepers and one of the best keepers in the Eredivisie. He has proved this season that he is an excellent shot stopper who is great in the air and comfortable with his feet. Okoye has to start against Benin Republic.

The three centre backs all play their trade in the United Kingdom and all have great talent. Leon Balogun has showed this season that he is an excellent player. He is showed that he his excellent at reading the game and is confident enough to play out with the ball.

Semi Ajayi is arguably the best Nigerian defender at the moment. He endured a very difficult start to season but showed great mental strength to bounce back a produced some strong display in recent games for West Bromwich Albion.

William Troost-Ekong has been key for Nigeria in the African Cup of Nations qualifiers. The defender is capable. The Watford man is confident carrying the ball of the defense and has plenty of pace to burn.

Tyrone Ebuehi is established himself as the best right back for Nigeria. He possesses great work rate and is an excellent crosser of the ball. He can chip in with a few goals.

Wilfred Ndidi is great on the ball and still is a fantastic tackler which would key when playing against Benin Republic.

Aribo will be key for Nigeria. Aribo is our best passer and possess great awareness, I believe that if Aribo starts Nigeria will conquer Benin Republic

Ola Aina is the best Left back we have and is surely guaranteed to start against Benin Republic. Ola has a fantastic engine and he is a great crosser and passer on the ball.

I think Alex Iwobi could start as our attacking midfielder. He arguably been our best player in the last two games. Iwobi possess great pace, dribbling and shooting abilities and is also guaranteed to play well in big matches. Osimhen and Onuachu are both great at shooting with both feet, great at headers and have all the qualities you need to be a great pairing. With the Benin Republic defense guaranteed in making at least one mistake per game don’t be surprised if they both scored in that game.

Where are they now? A ‘new Okocha’ for every year since 2015

Q & A with Taiwo Awoniyi

How-to Compose a Release for a Descriptive Article